Synopsis: Empathy is the opposite of apathy that helps people understand each other better. Without empathy, the apathy takes over and creates the barrier between the people that can make people antisocial, selfish and narcissistic . Empathy for others is a virtue while apathy is a weakness many people suffer from. 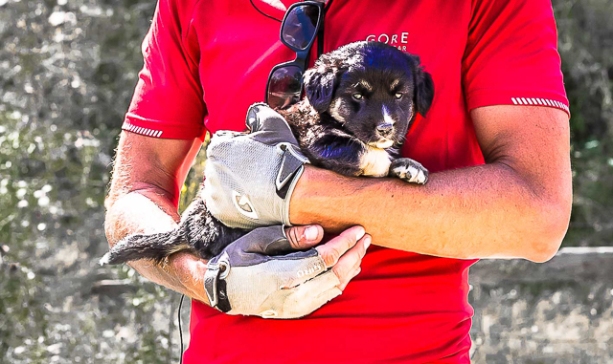 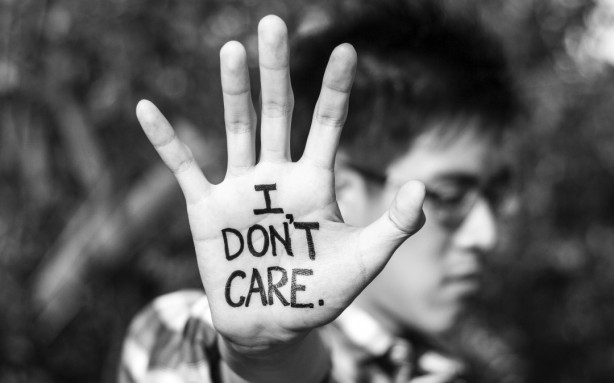 These two should not be confused. Apathy comes from indifference and  no empathy or loss of it comes from  a disassociated sense of feelings for others. This loss of empathy can be due to a cumulative negative experiences with the people in the country you live in. These bad experiences  can make a person lose his sympathy for an entire population while apathy comes from total indifference towards others which may or may not be due to bad experiences. Often the two are interlinked but not always.

If you go to Europe and  feel  very alienated ,it is not because people have no empathy for you but because  they are indifferent towards anyone who is not like them. They will avoid eye contact and move on because they think that you are a foreigner and do not speak their language so they will ignore you. This can change if you speak their language.Then you will notice a change in their attitude and behaviour. I have no problem in France because I speak French  but Germany or other countries may pose a problem  as they do not speak English or a very few do. Only sometimes people will overcome their frigid attitude and warm up to you if you let them .I was very well received in Sicily where I  accidentally wandered into an Italian camp where I played with children ,taught them a few games and their mothers or grand mothers smiled and fixed my shirt with missing buttons. Kids shed tears when it was my time to leave. But I admit ,such instances are rare so I suppose I was lucky.

The apathy and loss of empathy for people can be a barrier to better human relationship anywhere and leads to great misunderstanding between people. It throws up walls that are very hard to bring down and results in isolation. I have noticed that some Europeans and Americans living in very isolated locations in Sudan behaved in very unfriendly manner  as if they were not happy to see any one and preferred their isolation. Others  quickly turned their back on you once they knew that you were not  hiring them.Among the locals only the Syrians and the Egyptians were friendly. In France the waiters were often unfriendly even if you spoke good French because most of them were Spanish or Portuguese or from non French speaking countries who were culturally different from French but the French people are charming and can become lifelong friends once the language barrier is overcome.

This warmth in people is often a cultural phenomenon. In some countries people are naturally warm and welcoming even if you do not speak their language. I found the Japanese, Taiwanese and people from Hong Kong very nice and friendly. The Thais are also very nice but in your own country you will find very nasty and mean people who will take advantage of you ,cheat you, rob you and let you down big time. The people who tried to harm me were Indians and not foreigners.

Now I will return to the notion of apathy in people. I think apathy leads to ignorance because you can not learn anything about the other person if  you are indifferent to them. This is the root cause of ignorance which in turns leads to prejudices. People show their prejudices by making derogatory jokes about the Sikhs or the Pollacks. The prejudices separate people and it is very hard to overcome. If you only study the American history, you will learn how deep the prejudices were against the Hawaiians as practised by the missionaries or against the native Americans who were abused and ill treated by ignorant, illiterate immigrants who were out to grab their land by any means.

Even today prejudices are rampant against the African Americans,Mexicans and many other people because of ignorance about them, their culture and their history as people. It all comes from apathy and indifference.As I wrote earlier, the apathy is not limited to poor people who have to struggle daily for their existence but it is also found among the middle class who are educated and not exactly poor.

It is true that the internet has opened up the world  in a way that was not possible only a decade ago but it is limited to only those who are computer literate. In India, children are far more computer literate than adults because they have computers in high school now and every one has access to it. They learn how to type by trial and error and soon get proficient. This is not so with adults who are in their 50s or 60s  because most of them never learned how to type, drive a car or do many other things young people do naturally.

The computer penetration is very low in India among the middle class not because they can not afford it but because they do not know how to use them so  they feel no need for it. The entire world of knowledge is at your fingertips but you have to learn how to use your fingers. I tried opening up a Yahoo account for my brother so that we could e mail each other but he does not know how to type. He does not miss what he does not know and has no idea what he is missing but he is among the millions who are like him. The point is that apathy, indifference and lack of empathy for others are somehow inter related that creates vicious cycle that is very hard to break out of.