Synopsis: The young generation is adapting to new technologies faster than the older people who did not have such technologies in their younger days so are at a loss to know how to adapt.  This is where the clash of generations comes because people value different things and grow up differently aided by the technology now. The blog tries to understand the reason for the clash and make the older people more tech savvy. Mostly it is an educational gap between generations that can be bridged.

The clash of generations 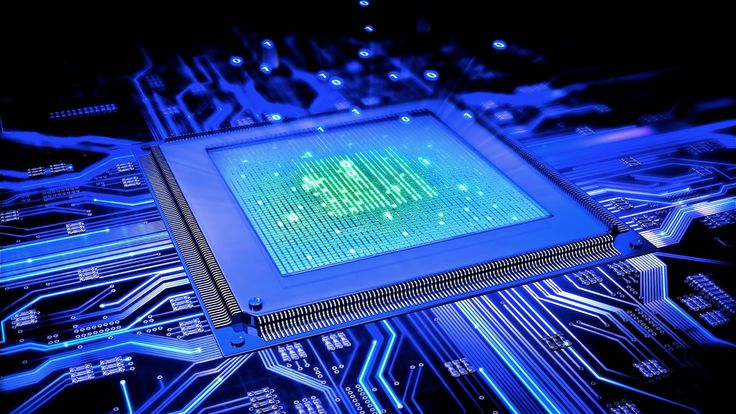 The clash of generations

It seems to me that these days there is a conflict brewing between the older generation that grew up after the Second World War and the generation that came after them that is now playing out in the United States and elsewhere in the rhetoric and often extreme bitterness as expressed by one of the candidates running for higher office. The media thrive on such conflict as it means more audience for them and more revenues in terms of advertisement money and sponsorship from people with deep pockets who are supporting one or the other candidate in the election to come.

Let us now sit back, collect our thoughts and find the root cause of this divide that is pitting parents against the younger generation, siblings against each other and communities against each other based on colour, ethnicity, brand of religion, income gap and us vs. them. There are people on both side of this divide that are causing more animosity to bubble over by their aggressive behaviours, rhetoric and postures that the politicians are quick to make hay out of while the atmosphere of dissatisfaction shines bright.

When the last world war ended after the horrendous loss of lives and limbs and tremendous sacrifice the country made to win it, the veterans returned to their home towns to pick up their lives where they had left it while their women tended the hearth and the children. It was not easy for them waiting for the news that their loved ones were coming back in one piece or in a cheap coffin because this waiting was extremely agonizing not knowing what was happening to their lives. They carried on as best as they could with jobs that the government provided in the defence industry or elsewhere making things needed for the war being fought in distant lands. They enthusiastically collected metal, rubber, paper or anything that they could find for recycling for the war effort because they felt that it was their patriotic duty to do so and not complain about their day to day hardship.

The college education was not their priority then although a few went to college. They were whites, blacks and all the shades in between but they all pitched in because it was demanded of them. They came from small towns that had only a main street, a rail line, a few shops and always a few churches of various denominations and not much else. Often their only employer was a steel mill or a paper mill or a factory making other things that did not pay well but did not require college or even high school education. No one needed a high school or college education to shovel coal or work in looms so the average education level remained low for them.

When the war ended and the veterans started coming home, they had to be given jobs of sorts so they found work in whatever capacity wherever because they were basically unskilled in anything except the skill of fighting that was no longer required. People found jobs in mines, in mills, in stores, in farms, in defence industries where women were working so that their women could go home and raise their kids like before the war. Those who had college education before they went to war found employment in schools and colleges as teachers as hiring them became a priority for the government.

These small town people lived within their small means, went to church regularly, prayed before each meal and proudly displayed the flag in their front porch, paraded on the 4th of July with their military uniform and wore all the medals they had earned on their caps to show that they were proud veterans and true patriots. I was constantly amazed at their open display of this sort of patriotism when I was in California as a student but then I did not know what these people had gone through in Io Jima or Bataan or in the sands of North Africa. Every family suffered some loss of their loved ones and those who returned often had PTSD problems who needed rehabilitation and care.

Life was rather simple then. People could afford a small wooden house, a model T Ford and the black and white TV. They listened to Elvis on their gramophone and went to the local pub for a beer and talk about their farms, their politics and their hopes and aspirations. Women mostly stayed home and went to church with their customary pumpkin pies, washed and cleaned and cooked and gossiped with their neighbours. They exchanged recipes, new crotchet designs, learned how to make dresses and pinafores on their hand cranked Singer machine and raised children.

They also hoped a better education for their children so that they could get better jobs and live a better life than their hard working parents. So the kids went to school and many went to college. Thus a whole new generation of young people grew up after the Second World War who were better educated and had not known what war was like until the next war in Vietnam came along. By this time they were coming of age and realized that they did not like war and were forced to sign up. Their patriotic parents could not understand why they were protesting the war in Vietnam when they had gone to fight in Europe, Korea and the Philippines when their country called them.

But education had caused the youngsters to question the validity of war that was brought to them live via the TV and Walter Cronkite every day. Everybody knew someone had come back in body bags and attended their funerals so they questioned the government, defied the draft and some fled to Canada. Some became hippies, smoked pot in frustration and listened to Bob Dylan. This was a completely different generation from the parent’s. They also joined the Democratic Party in droves while the parents remained loyal to the republicans often splitting families right down the middle. This educated generation became mobile and sought jobs in faraway places and received better salaries because of their higher education and newfound skills in computers. They refused to work in steel mills or mines in low paying jobs because they did not have to.

The industries that were the mainstays of small towns found it harder to compete with other countries that produced the same good cheaper and more efficiently. The world was more interconnected than ever before so the factories closed laying off people who depended on them. They had no other skills and they were getting old. The ripple effect that was caused by the closure of the only source of employment in a small towns was devastating on those who depended on them. Stores closed, open air movie houses shut down because people were watching movies in DVD at home and people had less money and ever lesser savings while the living costs escalated so they fell behind the mortgage payments.

With this background in mind let us now fast forward and see why America became so divided politically and even socially. The technological revolution that came about in the last thirty years or so has had a profound effect on how people live. Now you have instant communication around the globe and talk to anyone or see anyone on Skype for free, send digital photos for free and listen to music and download videos from the internet also for free. The mind boggling amount of information is available in Wikipedia so just Google whatever you want. Now people can apply for a job by filling up a form on line and have an interview also on line through Skype across the globe. But these jobs are for very skilled people.

When an aircraft is undergoing maintenance in a Hong Kong hangar, the technicians take a photo of the part they need and  e mail it to Germany where an instant search is made in their data base and the part is found and shipped by DHL within the hour. This is the power of technology that the older generation still can’t understand. When their sons and daughters talk of new algorithm they are working to make a better program, they are completely lost. They can’t understand why some countries take away their jobs and their government is unable to do anything because they are a part of the global trade that is now regulated by the WTO in Geneva. They can’t understand why all the good things they used to make in local factories have disappeared and find only cheap shoddy things made in other countries that are flooding the shelves of Walmarts and K-marts. They can’t understand why the health care costs are so high and keep rising. Who will look after their health when they are old and needy?

These are very legitimate reasons for them to be angry because they are not prepared to deal with it unlike the younger more educated generation. Their education is limited, their skill level stagnates, their opportunities are limited and they are ashamed that they have lost their mining or steel mill jobs and can’t take care of their family like they used to. They are ashamed that they are too old to be retrained in other jobs that require education and intense analytical skills that they don’t have so they are angry.

It is as if the new modern world is so fast running away from them that they can’t catch up. This makes them frustrated and angry. When there is so much frustration and anger built up over so many issues, it needs an outlet to manifest itself. That outlet is the election. This is where they can still show that they have the power of vote to change things and bring back a government that listens to them and makes life easier for them. Proud people do not like to stand in line for doles. Their generation fought the terrible war, suffered for it and came back to rebuild their lives. Now they see that their old world is vanishing  before their eyes and they can’t get used to it.

This is no surprise that the election in the United States is so bitterly fought this time. Fast talking politicians are taking advantage of this anger to turn it in their favour but causing more divisions in the process. The old sin of racism is rearing its ugly head again and people are getting hurt. I wonder what will it take to see that people must change and accept the new reality that the technology has brought about because people who will not accept this new reality of the modern world will be left behind.