What will be your legacy?

Synopsis:  We often think of what shall we leave behind for others to appreciate when we have faded away. Will it be something noble or ignoble? The choice is ours to make but how many of us make the right choice? 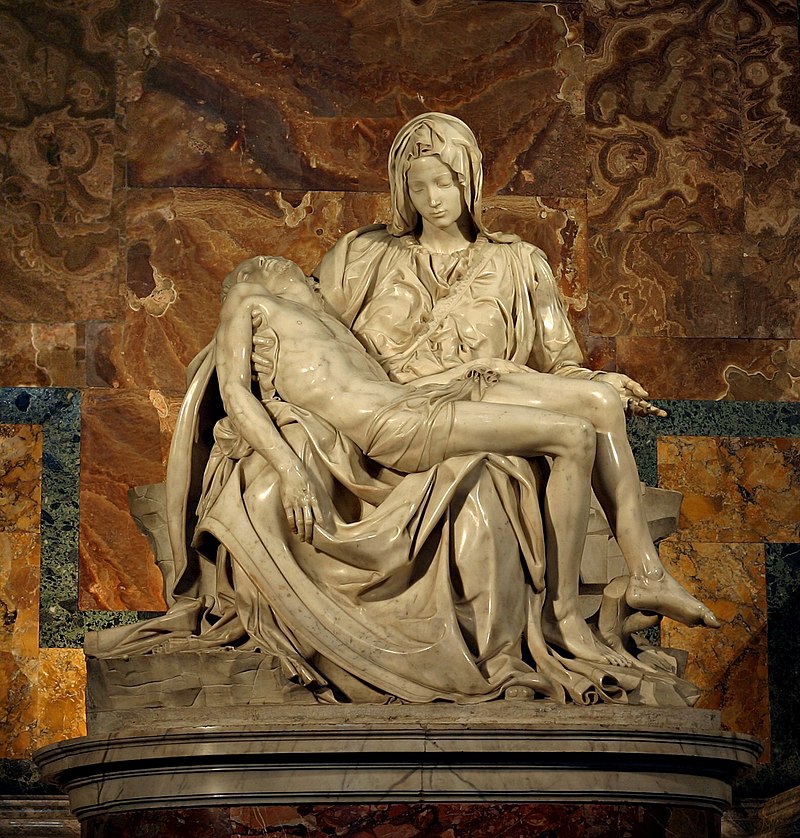 There was a young man who loved to draw. He made sketches and paintings and often played with stones and carved something out of it but never truly satisfied. So he secretly dissected cadavers in morgue in the dead of night to learn about how muscles worked and about human anatomy. He did this to learn how to sculpt very realistic human forms from solid marbles.

During his time the dissecting of cadavers was considered a crime and a desecration of human body but the morgue keeper saw in him an aspiring artist and let him do it in secret. He got up very early before dawn to inspect a piece of marble in the quarry to see how the first light of the sun played on the stone to reveal its imperfections so that he could select the very best piece for his sculpture he was planning to make.

Slowly his fame as an artist and sculptor grew so he was given the task of decorating the walls and the ceiling of the Sistine chapel by the Pope that he painted centuries ago. He painted the ceiling with fantastic art hanging upside down for hours at a time in a hammock in dim oil lamp straining his eyes and suffering excruciating pain in his body while doing so but he continued.

Now you all know who he was. He was Michelangelo di Lodovico Buonarroti Simoni who lived so long ago but his paintings and sculpture can be seen at the Vatican today that is so impressive. You will strain your neck looking up to see all the details of his art in the Sistine chapel so they will offer you a mirror.

I could only look at his masterpiece called Pieta that you will see on your right side as you enter the main door of the Vatican in total admiration and wondered how he could chisel out of solid stone the Pieta so perfectly that you could see the veins in the hand of Christ and the glow in the face of Madonna. What tools he had to achieve such perfection that is hard to believe unless seen? It was not easy for him. He practically became blind straining his eyes in the dim oil lamp and soot hanging upside down suffering pain and discomfort and gained little for all his effort but he left behind a legacy that endures through centuries.

Do people have to suffer so much to make a legacy? All the great names of our century and the past have made personal sacrifices like Michelangelo. Some have been jailed like Mandela for 28 years while others were shot like Martin Luther King who only wanted equal human rights for all. Abraham Lincoln was killed because he ended slavery. The history book is replete with names of people who made great personal sacrifices but left an enduring legacy for the generations to come.

We the common people are not like them because we fail to rise above our commonality and show our mettle but can we not also strive to leave behind something that people will admire for generations?

There was a young man in China who married a woman he loved but suffered the disapprobation of the community for some reason so he went away with his young wife and lived in a secluded mountainous area where he cultivated some land to grow his food and took care of his wife. She had to go down the steep mountain slope every day to fetch water from a valley stream and struggle up the slope with the burden but one day she slipped and fell hurting herself. 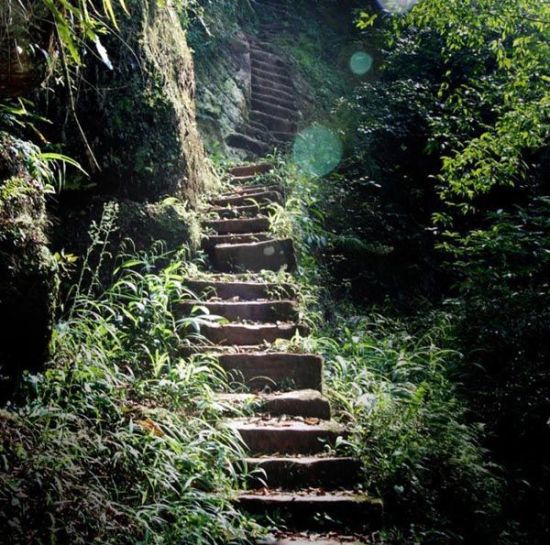 Source : Google photo of 6000 steps cut into the mountain

So the young man started carving out steps on the solid rock of the mountain side and kept at it with his hammer and chisel for many years so that his wife would not fall again. Now people look at those steps and wonder at the dedication and love of this man for his beloved who left behind a great legacy although he did it for his wife only.

So common people may also have uncommon love and dedication like that simple Chinese man and do something extraordinary with their lives. 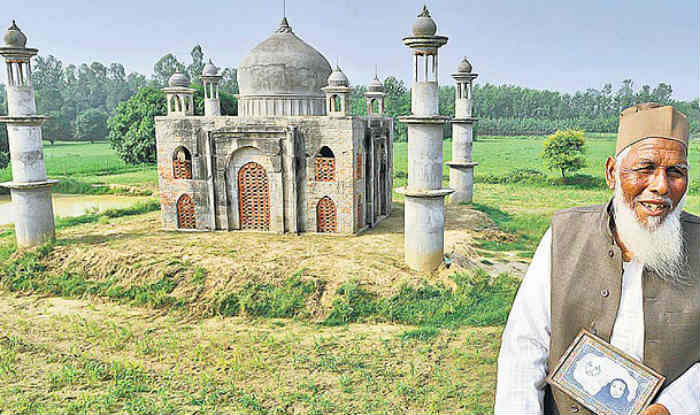 Source : Google photo of mini Taj Mahal built for his wife in India

A man in India has built just by himself and a mason toiling under the hot sun month after month, year after year a mini Taj Mahal where he has buried his wife. He became very old and feeble but would not quit until the mausoleum for his wife was complete and he did it alone with no help from anyone. If that is not dedication and love then I do not know what is? He left behind a legacy that is still unmatched. He was just a retired postman.

Faizul Hasan Qadri, who hit headlines for building a ‘mini-Taj Mahal’ in memory of his late wife in Bulandshahr district of Uttar Pradesh, has been killed in a road accident, police said on Saturday. Qadri sustained serious injuries on Thursday in a hit-and-run incident in Kesar Kalan. The 83-year-old retired postmaster was admitted to hospital where he died on Friday.

He had begun constructing his mini Taj Mahal in 2012 in memory of Taja Mulli Bibi. The couple got married in 1953. He could not complete his ‘monument of love’ as he spent all his savings on the basic structure. After the news of the ‘Taj Mahal’ spread, then Chief Minister Akhilesh Yadav called Qadri to Lucknow and offered him money to complete the structure and get the marble work done.

Qadri politely declined the offer and asked the Samajwadi Party leader to establish a girls college in his village instead. The college was constructed and Qadri even donated some of his land towards it. His relatives said he had saved Rs two lakh and was set to buy marble from Jaipur to finish the structure when destiny intervened.

His relatives now plan to bury him alongside his wife, just the same way that Mughal emperor Shah Jahan was laid beside Mumtaz. His relatives said they will complete Qadri’s Taj Mahal in a grand manner. They have refused a post-mortem of his body.

There is a lady in England who has just by herself built massive stairs and retaining walls at the side of a cliff so that one can go down to the beach. Imagine a frail old woman with such dedication and determination? So  common people too may leave a legacy behind.

By legacy I do not mean 1500 pairs of shoes that a woman in the Philippines collected as an extreme example of conspicuous consumption or a dictator using public money to build a 1000 room palace with gold bathtubs in Bucharest while people remained poor and jobless. By legacy I mean something noble and glorious that is the result of extreme sacrifice.

I remember fondly our professor of agronomy during our college days in India who was so nice and so great that we all were in awe of him and mourned his sudden death due to heart attack but he too left behind his legacy in his students who became great agronomists later.

I remember our sweet librarian who always welcomed me whenever I was visiting the campus and who was so delighted like a child when I gave her a copy of my Ph.D dissertation for the library. She too left behind the legacy of a kind lady who gave me a part-time job so that I could pay for my tuition. Such great men and women have all passed away but fondly remembered by those whom they helped.

I think every person has a seed of greatness in him or her that lies dormant for most people because it never gets the chance to grow due to many reasons some beyond their control.

I also think that doing noble work without asking for anything in return is what makes people great. A teacher remains poor but some of his students become scientists and great scholars. I remember a movie where an old primary school teacher was dying of cancer after retirement but one day many of her former students showed up with flowers and gifts .She clearly recalled all their names and how well they did in her class or not that brought tears to her former students among them the governor of the state and prominent personalities.

We all owe it to the next generation to leave behind something for them that they will benefit from. That is the true meaning of legacy.

In our own small insignificant ways we all are capable of touching the lives of others that leaves an impression, an indelible impression that propels them onto achieve greatness in their own time.

So be generous toward those who need your help. Be compassionate toward those who suffer because they are born poor and unfortunate. Be humble and selfless so that ego does not make you a mean and uncaring person. After all how you have lived your dash* is more important than how long you have lived, isn’t it?

Michelangelo said “The greatest danger for most of us is not that our aim is too high and we miss it, but that it is too low and we reach it.”

Note : The dash comes from the epitaph  Born – Died